Another week, another sweaty night I wake up in anticipation for the coming of patch 7,30. With that said, I’m back here again with another top five list that would put Mashable to shame in both effort and succinctness to get to the point. Here are, what I would consider, five items in Dota 2 that need to be nerfed for patch 7,30.

While Flicker may not seem that impressive in its stats (+35 movement speed). Its active component has been match-changing in the TI qualifiers and it’s mostly due to its low cooldown of 4 seconds and its ability to completely dispel any debuff casted on your hero. Slows and silences, for example, are completely removed every 4 seconds for a hero. This makes it especially strong for carry heroes to get them out of jams. With recent changes, Flicker’s one downside, the unpredictability of where you will blink to, has been changed to be more oriented based on distance in a specific forward direction rather than a destination that could be detrimental to your positioning. 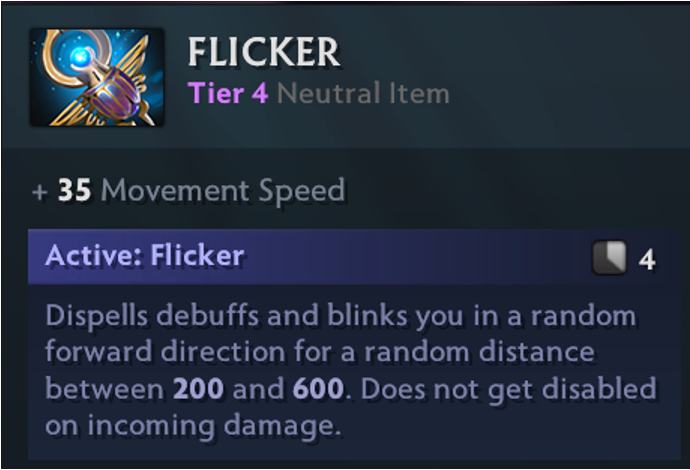 The cost-value of words-per-OPness makes this item top-tier, besides all that other stuff I wrote.

Initially, Aeon Disk was a great item that broke some combos against certain heroes that support players couldn’t really stand up against. For example, against Faceless Void, when he casts his ultimate to stop time in a massive area-of-effect, Aeon Disk helped delay your death and even wasted the duration of his ultimate. However, now, carries have learned about it dispel value and how easy it is to build for them. While not the most ridiculous item out there, its usefulness has been stretched beyond circumstantial value and just being an all-around pertinent item that cannot be countered except for one other, but expensive, item: Nullifier. 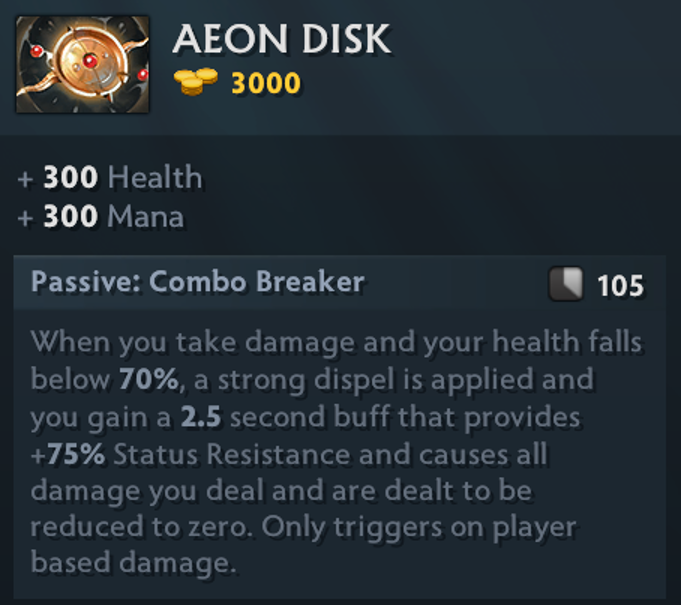 Carry players have totally took this item and made it uncool for supports to buy.

For years, Holy Locket was neglected as being unnecessary and de-prioritized over other items. Across several patches, it had its stats buffed, cost removed and then outright convenient for anyone to buy. The key value of Holy Locket is not only its applicability of providing great improvements to a support’s health and mana-pool but also how it is built from two items supports are buying anyways: Magic Wand to regain their health/mana from intense fights with many abilities and Energy Booster, a necessary component for Arcane Boots, which removes any mana concerns for support players and can be disassembled to make Holy Locket.

This bad boy can fit so much healing in it!

Through 7,29, Vanguard has received a variety of improvements to not only make it more accessible, but also incredibly worthwhile in its stats. From its cost being reduced to the damage block chance increasing to be at 60%. Vanguard is nearly bought on all heroes in the offlane like Centaur Warrunner and Axe which make them impossible to harass physically and practically nullify the cost of Soul Ring (HP lost) due to the regeneration Vanguard provides. That cost-removal means that these heroes are safe to farm in the lane, spam their abilities without any real concern of retaliation and ultimately compete toe-to-toe with carries in a lane that was once dubbed “The hard lane”. Vanguard makes it not so difficult for certain heroes. 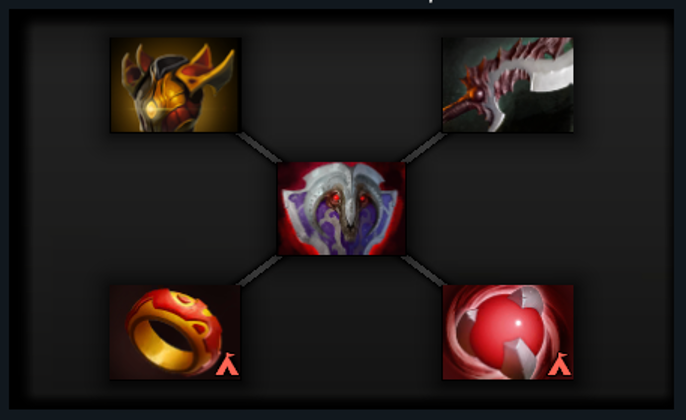 Early-game, you buy a Vanguard but knowing you can build it into two very great items late-game makes this investment very valuable for a lot of offlaners.

Not really a nerf recommendation but a push for consistency for Echo Sabre as it is an item that, depending on the ability, puts the item’s active component, its slow, on cooldown or simply doesn’t. For example, Tiny’s Aghanim’s Scepter ability, Tree Volley, will slow opponents on each hit with no break in-between because the game is not registering it as a direct physical attack. This pervasive slow for certain heroes makes Echo Sabre practically a necessity for some builds based on what I would consider, an undefined glitch. See below for a list of inconsistencies: 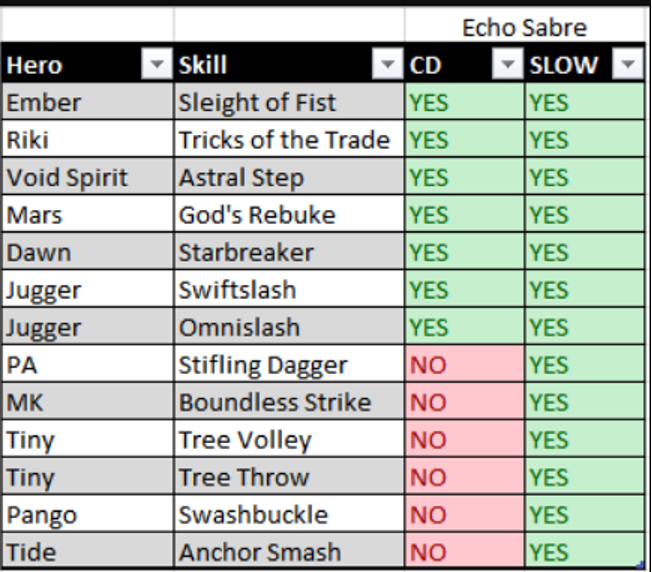 As you can see, some abilities put the item on cooldown for its slow and some are just outright abusive to the item’s capabilities with no downsides.

As with the heroes I recommend nerfing for patch 7,30, I’m eager to see these items more fittingly placed in the coming meta.