Here's a quick explanation of power levels in Minecraft Dungeons so you can understand how to increase yours!

How is power level calculated?

Your character's power level is the average of the 6 pieces of gear you're wearing. Equipping higher level gear will make your average power level increase. 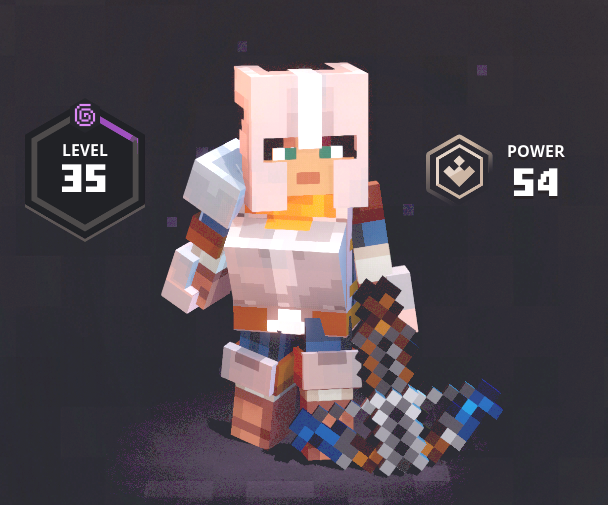 What does higher power level do?

A higher power level increases the damage, defense, or ability power of a piece of gear.

Should I just equip my highest level gear?

When you're just starting out, it's a good rule of thumb to just equip your highest level gear as you recieve it. This will generally allow you to beat higher difficulities per mission (resulting in better, higher rewards). It also ensures you get the highest level rewards possible from the merchants at camp.

There are some circumstances, of course, where you should choose to equip a slightly lower level piece of gear if it has better enchantments on it, or fits into your build better.

For example, my level 60 armor has snowball, and I consider the snowball enchantment more important that equipping a level 65 armor that has more defense, but no snowball.

Just make sure that you equip your highest leveled gear before purchasing from merchants - the gear they sell you is dependant on the level of gear you're currently wearing. (I tested this by taking off all of my gear, and the merchants sold me very low level gear as a result.)

How to increase your power level

Of course, if you get greedy and set the difficulty too high, you risk not completing the mission (you do get to keep any loot you found during the mission though). It's worth farming some of the easier, non-boss levels like Creeper Woods if you're playing on a very high difficulty.

What is the power level cap?

Right now, it appears to be around 108 with a lot of grinding. We'll probably see this increase in the future with the expansion content, of course.

I hope this helps you start increasing your power level! Good luck in your quest for the best gear :)

Join our awesome community on the official SteelSeries Discord server for Minecraft chat and more.