With 7,30 and 7.30b settling in for gamers and pro-players alike, ESL concluded one of the first and final tournaments before The International 10 for Dota 2. Within that event, Clinkz was picked 11 times in pro-matches and has won 90% of the time. Why is Clinkz considered so successful each time he is picked and how do you play him? Let’s explore the hero. 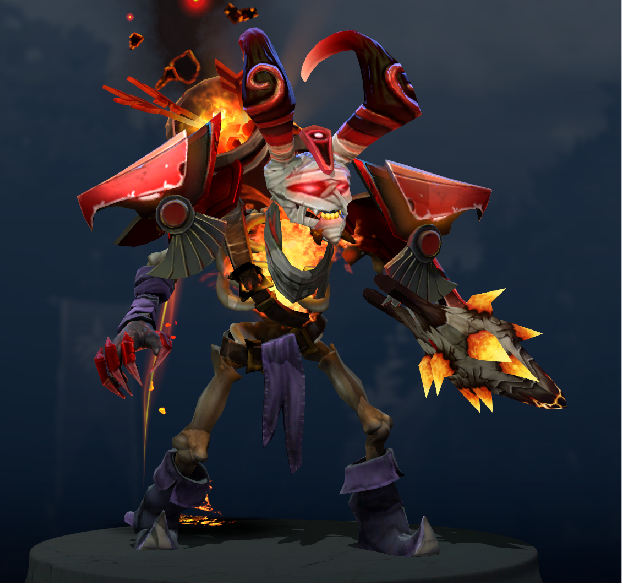 With 7,30 came one big change for the Clinkz hero where his attack speed ability, Strafe, was changed for a channeling ability called Burning Barrage. From the first read, it looked sub-par as now Clinkz has absolutely no way to output damage through traditional physical attacks. But, in reality, Burning Barrage was Strafe but better in every way. For starters, Clinkz relied on Strafe to farm as Searing Arrows was too mana-intensive. Burning Barrage farms better than Strafe for much lower mana-cost because while channeling, it hurts multiple units with your damage, leading you to farm lanes and jungle camps incredibly fast. With the current meta revolving around stacking camps, this is a huge boon of value for Clinkz.

While the old Strafe just gave Clinkz attack speed, this ability essentially permits Clinkz to output damage at a significant higher rate, range and damage to improve what Strafe was trying to achieve.

Burning Barrage not only makes farming faster, thus Clinkz comes online to fight much earlier, it also makes fighting incredibly simple as positioning for Clinkz before meant routinely maneuvering around a fight to pick off easy kills or to avoid being targeted so you can tear down enemies. Now, it’s about positioning yourself so your Burning Barrage can hit as many enemies as you can because the range is incredibly high, making your positioning less emphasized. To add, Burning Barrage applies all attack modifiers, leading you to more likely cause enemies to take additional damage and negative effects from your abilities. Set now you set and forget Clinkz with Burning Barrage. Don’t forget to activate your Searing Arrows and pick up the level 15 talent, -5 Skeleton Walk, to ensure you can reposition if necessary.

Because Burning Barrage does 60% of your total damage to enemies when channeled, you are focused on attack modifiers like Maelstrom, for that Chain Lightning effect, Skadi and Daedalous for the slow and critical strike. Your attack speed becomes secondary because the rate of your Burning Barrage is set regardless how fast you typically attack. This makes building Clinkz fairly straight-forward and thus even easier to make key decisions.

Clinkz’s current item build is fairly straight-forward. All his core items contribute to improving Burning Barrage with his Extension Items either giving him more survivability, disables or allowing him to follow-through with traditional physical attacks after channeling his spells.

So that’s essentially the gist for Clinkz. He’s become a hyper-strong team-fighter that’s been simplified and made easier to play for a lot of players. Whether he’s too strong or not, it remains to be seen but for now, I would recommend giving him a whirl in a few matches yourself!