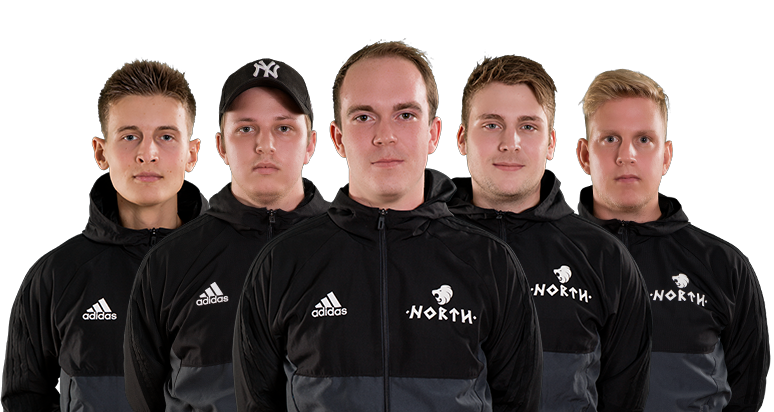 In addition to the monetary support, SteelSeries and North will work together as partners in innovative product design and in elevating both brands in gaming and esports. Founded by FC Copenhagen and Nordisk Film, North is a part of the greater trend in the crossover of traditional sports and a new generation of electronic sports.

“SteelSeries has played a crucial role in driving the esports industry forward. Our partnerships with players and organizations that compete at the highest levels, and that embody the fundamentals on which our brand was built are what set our standards higher than others. They drive our need for constant innovation and inspire our award-winning products,” says Ehtisham Rabbani, SteelSeries CEO. “Counter-Strike is where our brand began; it’s at our core. We are incredibly happy and proud to announce our partnership with North.”

"The partnership with SteelSeries is such an incredible opportunity to bring together two international, Danish brand leaders with the goal to not just to win, but to make our mark in esports. We have a talented and dedicated roster of players whom we train and nurture as world-class athletes, and we aim to take the top rankings, not just in Denmark, but in the world. We believe our partnership with SteelSeries is the final piece that will aid in achieving that,” says Christian Sørensen, North CEO.

This weekend, North heads to Dreamhack Open Montreal to compete for the top spot. Immediately after Montreal, the players head to ELEAGUE Premier in Atlanta where they play for the $1M prize purse.

Fans and followers across SteelSeries and North’s Twitter, Instagram and Facebook will be able to see even more about the team, tournaments from the players’ perspectives and inside the collaboration with SteelSeries, as the partnership continues to unfold in the coming months.

About F.C. Copenhagen F.C. Copenhagen is the biggest football (soccer) club in Scandinavia. It was founded in 1992 and have won 12 Danish Championships and 9 Cups since. In 2017 F.C. Copenhagen won the Danish championship and is participating in its 11th European Club Football groupstage in 12 years. The club owns its own stadium, Telia Parken, with a capacity of 38.000 and is a part of the company PARKEN Sport & Entertainment which also owns the FitnessDK and Lalandia.

Egmont is a commercial foundation that generates revenue amounting to EUR 1.6 billion and donate over EUR 10 million a year to help improve the lives of children and young people.

About SteelSeries SteelSeries is a leader in gaming peripherals focused on quality, innovation and functionality, and the fastest growing major PC gaming headset brand in the US*. Founded in 2001, SteelSeries aims at improving performance through first-to-market innovations and technologies that helps gamers play harder, train longer, and rise to the challenge. SteelSeries supports the growth of competitive gaming tournaments and eSports with the goal of connecting gamers to each other and fostering a sense of community and purpose. SteelSeries’ team of professional and gaming enthusiasts help design and craft every single accessory, and are the driving force behind the company.