Welcome back to the next and final chapter of about running a local esports tournament!

We’ve been focusing on the three main stages of running an event as a tournament organizer: pre-event, during the event, and post-event. You can read the Part 1 blog post and Part 2 blog post here.

In this final chapter we are going to focus on the climax of your event: Top 8. Depending on the type of game you’re organizing a tournament for, you can think of this as being a guide to semi-finals. We are also going to discuss event wrap up, focusing on feedback from your guests, adding and implementing suggested changes, and your marketing plans to promote your next event!

At Low Kick Esports we are committed to hosting highly competitive and equally entertaining Fighting Game Community (FGC) events in the Midwest. We’ve been hosting events as Low Kick for 2+ years out of our home base in Chicago.

Once again, this event guide is going to focus on the production for Fall Fights at Gameworks, a tournament we produced in partnership with Tekken World Tour. Given that our event has official status on the Tekken Dojo Circuit and a 5K total prize pool, there’s a lot of unique challenges for a tournament organizer to be aware of, and we’re happy to share our knowledge with you. 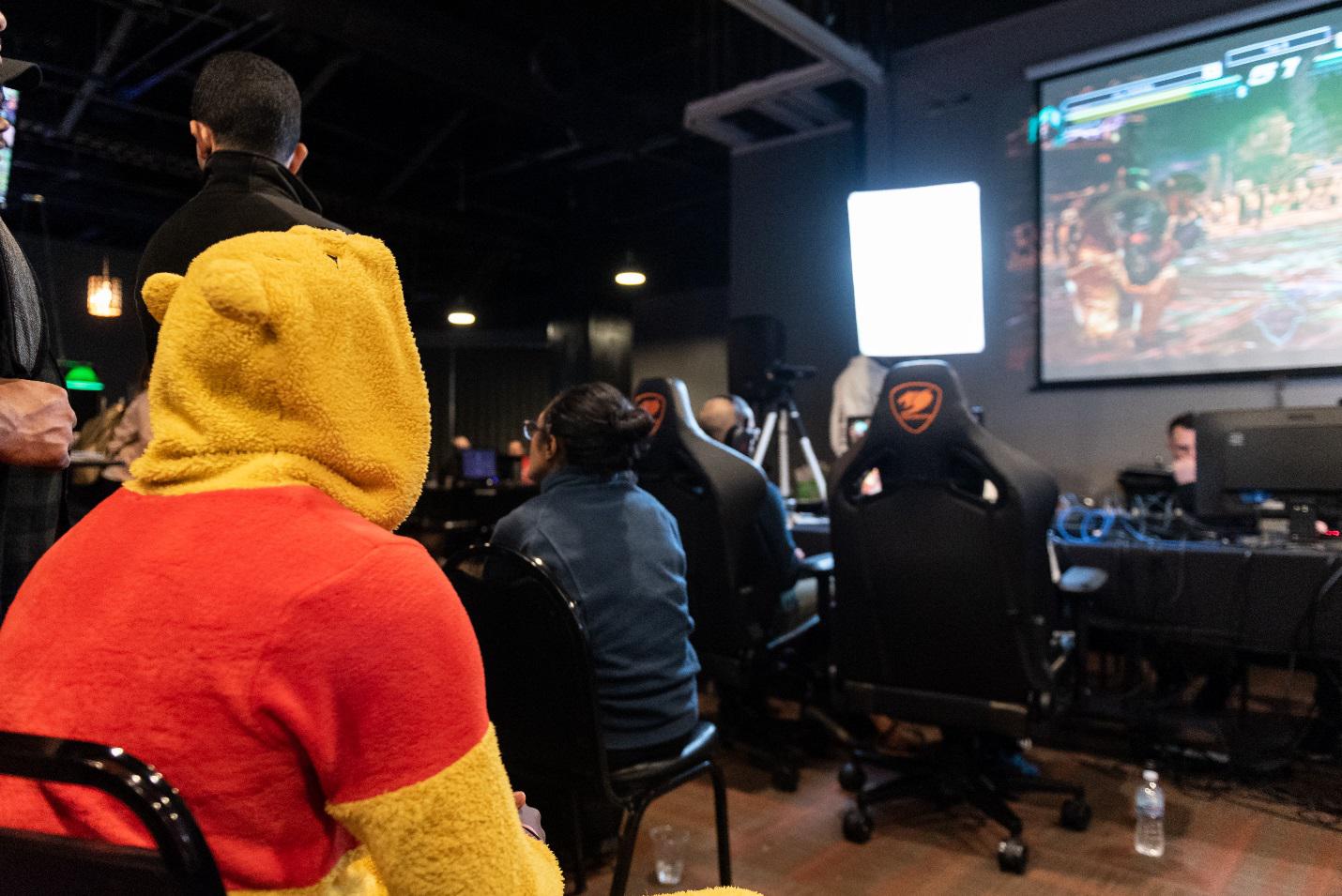 Low Kick Esports was fortunate to host a handful of sponsored players at Fall Fights. As mentioned in our last article, Tekken Legend and 2x EVO Champion JDCR was onsite. We also welcomed EQNX|Cuddle_Core, DG|Joonya_20z, and DG|Shadow_20z.

Having these highly decorated players onsite meant we had to deliver the smoothest event experience we’ve ever created. But the experience begins before anyone even arrives: we ranked these players in the individual pools as a sign of respect for their skills and experience. We would recommend that you do the same with ranked players.

Top 8 at an FGC event is an event within the event itself. Low Kick makes sure to take a small break (15-20 mins or so) before the start of Top 8 to let players refresh themselves mentally and physically to prepare.

Once Top 8 is ready to go, here’s a couple things to keep in mind: 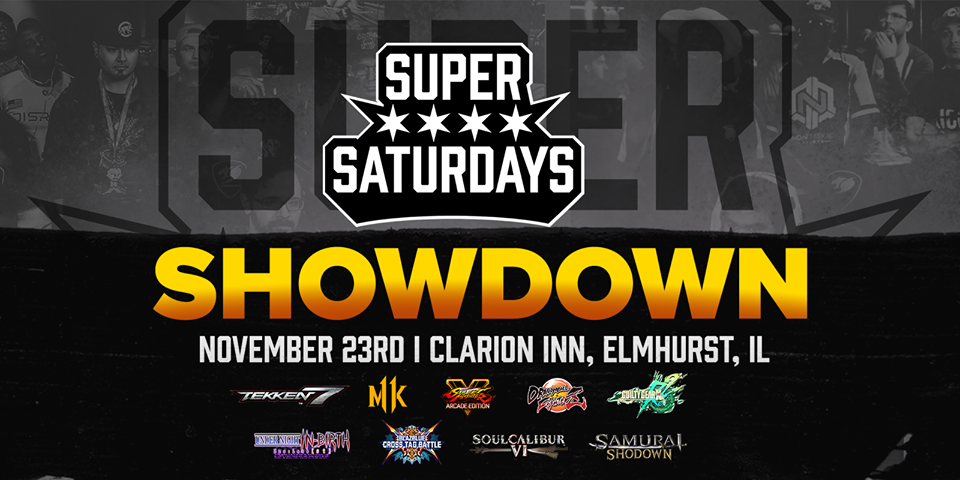 One of the best moments of Fall Fights was when local Chicago player Fab_Will went up against JDCR in the Winners Semi-Finals. Fab_Will was playing Lei vs. JDCR’s Dragunov. When Fab_Will took the first set against the former EVO champion, the entire crowd lost their minds!

JDCR fought back and won the match, sending Fab_Will to the losers bracket. Despite the loss, this was a huge moment for the Chicago Tekken community, and we were happy to capture it in all of its glory.

Fab_Will wasn’t done yet. After heading to the Losers bracket he managed to best EQNX|Cuddle_Core in Loser’s finals, which had another amazing pop off: 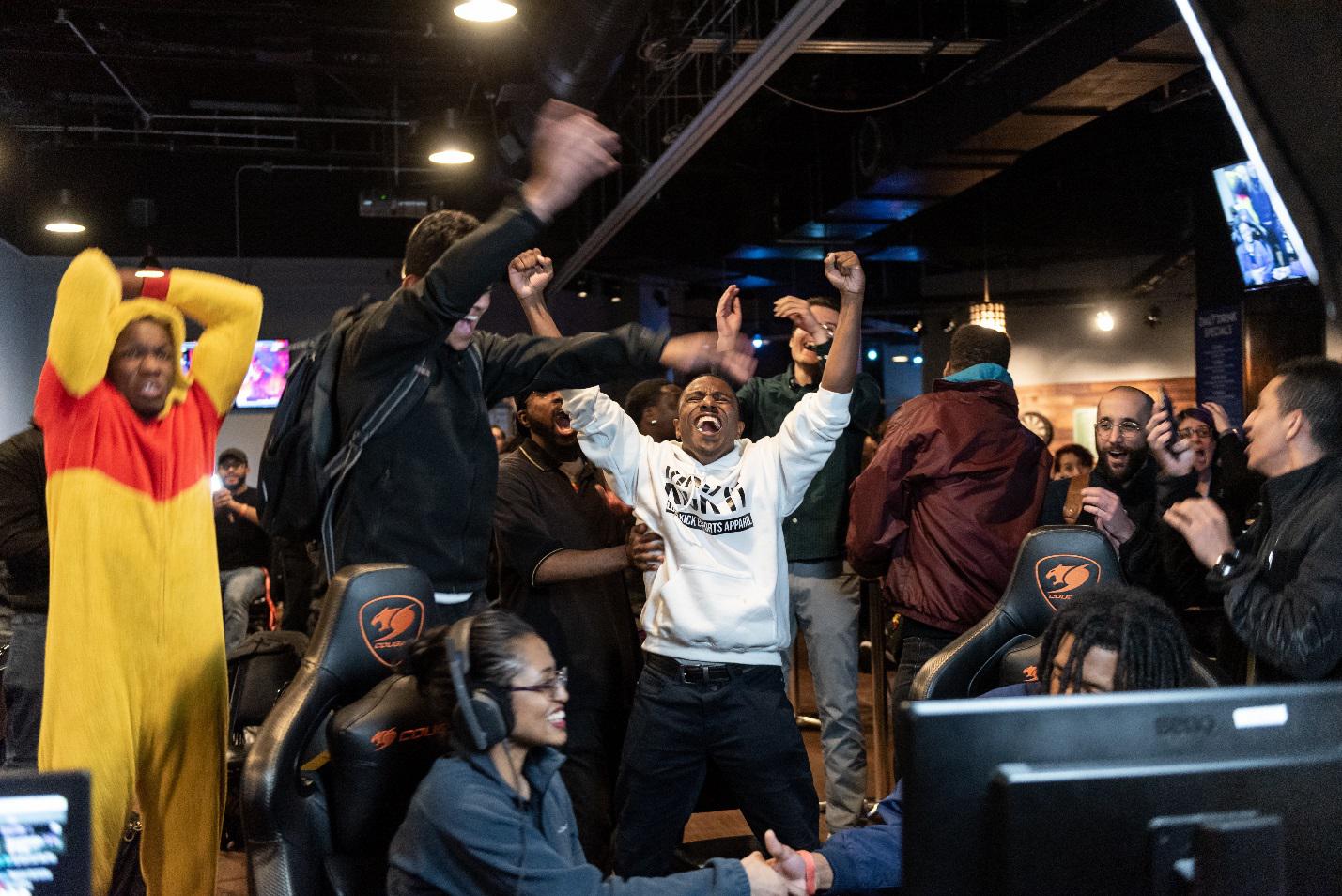 JDCR added a little extra drama to the match by switching from Dragunov to Heihachi to go up against Fab_Will’s Lei.

Two-time EVO champion JDCR proved that he is a legendary Tekken player, taking home the prize pot for the event! Low Kick loved having him onsite, and we were just as excited that Fab_Will made an incredible showing for the Chicago Tekken Community.

Keep in mind that Grand Finals will (hopefully) be the most watched match of your tournament. Make sure you’ve got it all set before you start, because once it’s in motion you really won’t have time to pause – your sponsors (if you have them) will absolutely watch Grand Finals so you’ve got to have your partnership logos set and ready to go, paying attention to the integrity of the match itself as to not distract from the game. 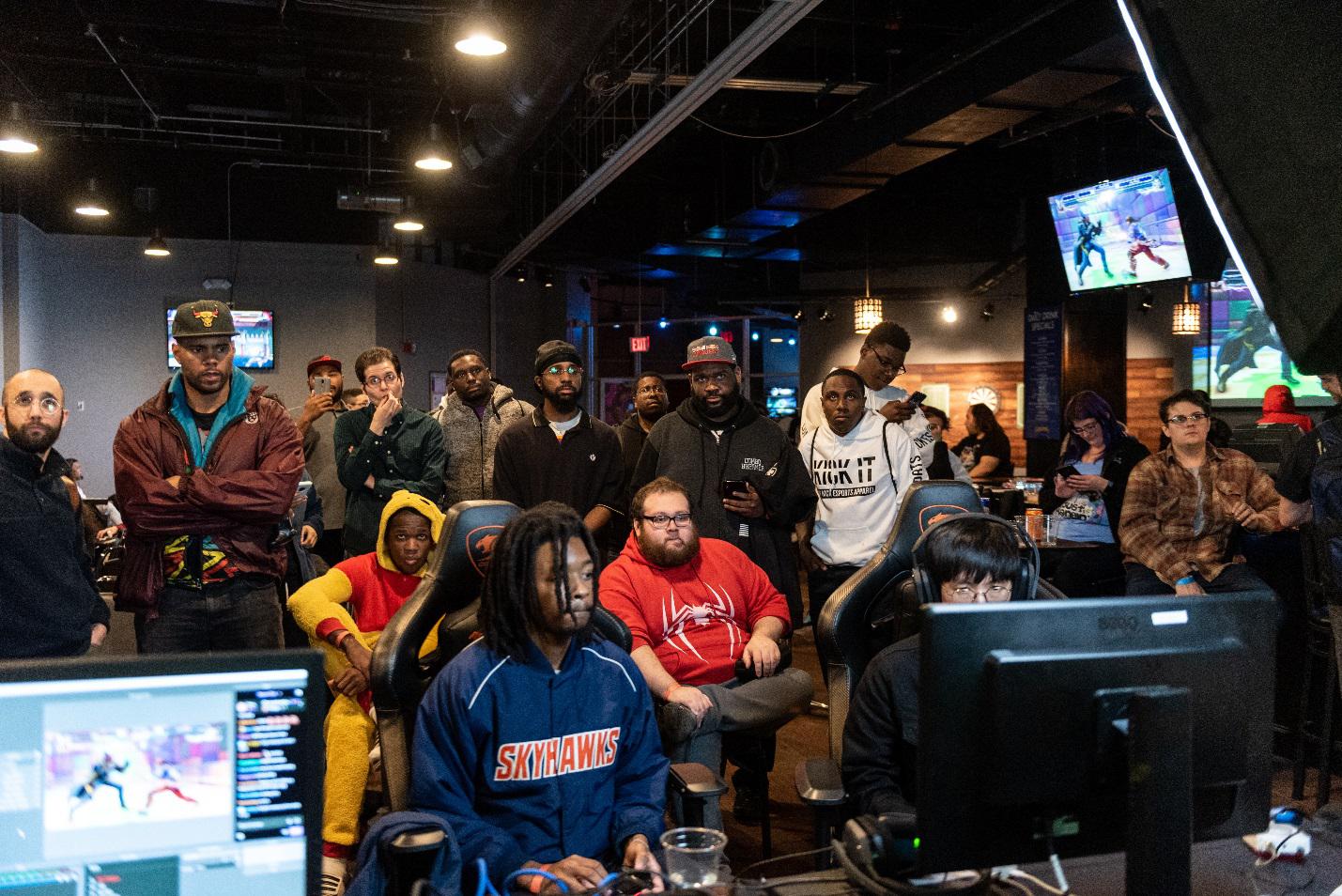 It’s important to learn from your attendees how they feel the event went. Low Kick recommends that you conduct onsite and post-mortem surveys via email with your attendees. Solicit feedback while you have your guests all in one room to learn how to make the event even better while it’s still moving. Sending out surveys after the fact is a little more complicated, so here are some tips:

HOW TO MAKE CHANGES AND MARKET

Hold a team call and run through the survey information that you have gathered. Make sure that you address the feedback with a focus on the comments that pop up multiple times. For example, one piece of feedback that we received and plan on implementing is a clear posting of pool and bracket start times. Pre-event we posted time ranges for starts, and we learned that our guests just want to know the exact time they need to be there, not the range of times in which matches could take place.

Hopefully this won’t be the first and only esports tournament that you organize. Be sure to retain the customer data that you have so you can market your future events to your players. 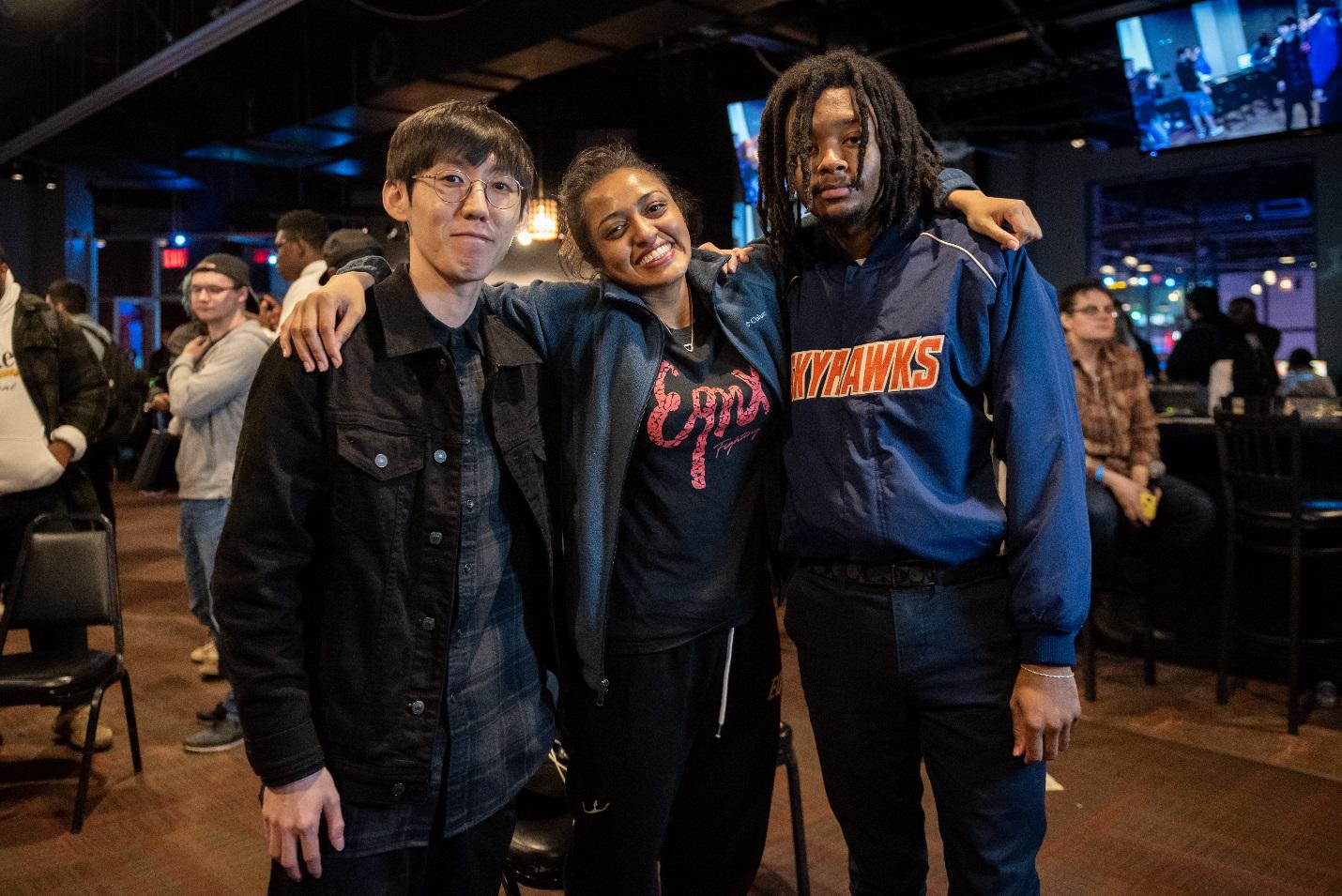 Thanks for taking some time to read this!

Low Kick Esports is all about supporting other communities within the FGC, whether they are located in the Midwest or abroad. The more that Low Kick can empower other tournament organizers and players, the more we can enable fighting games and developers themselves. With our events we’re attempting to capture the magic of the tournament experience itself and the more and more events we see from our peers the more the community will flourish, allowing us all to spotlight the incredible community of the FGC to casual and serious players alike.