You can't liberate the island of Tsushima without a few great sets of armor. Here's how to obtain the Ghost Armor so you can level up your sneaking skills.

Ghost of Tsushima allows you to outfit protagonist Jin Sakai with a variety of different armor sets. Each one comes with its own distinct set of abilities as well as buffs to Jin's stats. Choosing which type of armor to wear is a much more involved process than simply deciding on which one is most aesthetically pleasing.

There's an armor set that's perfect for all types of players, especially those who prefer stealth gameplay. With that said, one of the most useful types of armor for players who enjoy sneaking around is the Ghost Armor. The Ghost Armor is simple to obtain as it's part of the main Ghost of Tsushima storyline, but if you haven't gotten that far yet or need a nudge in the right direction, we're here to help.

How to get the Ghost Armor in Ghost of Tsushima 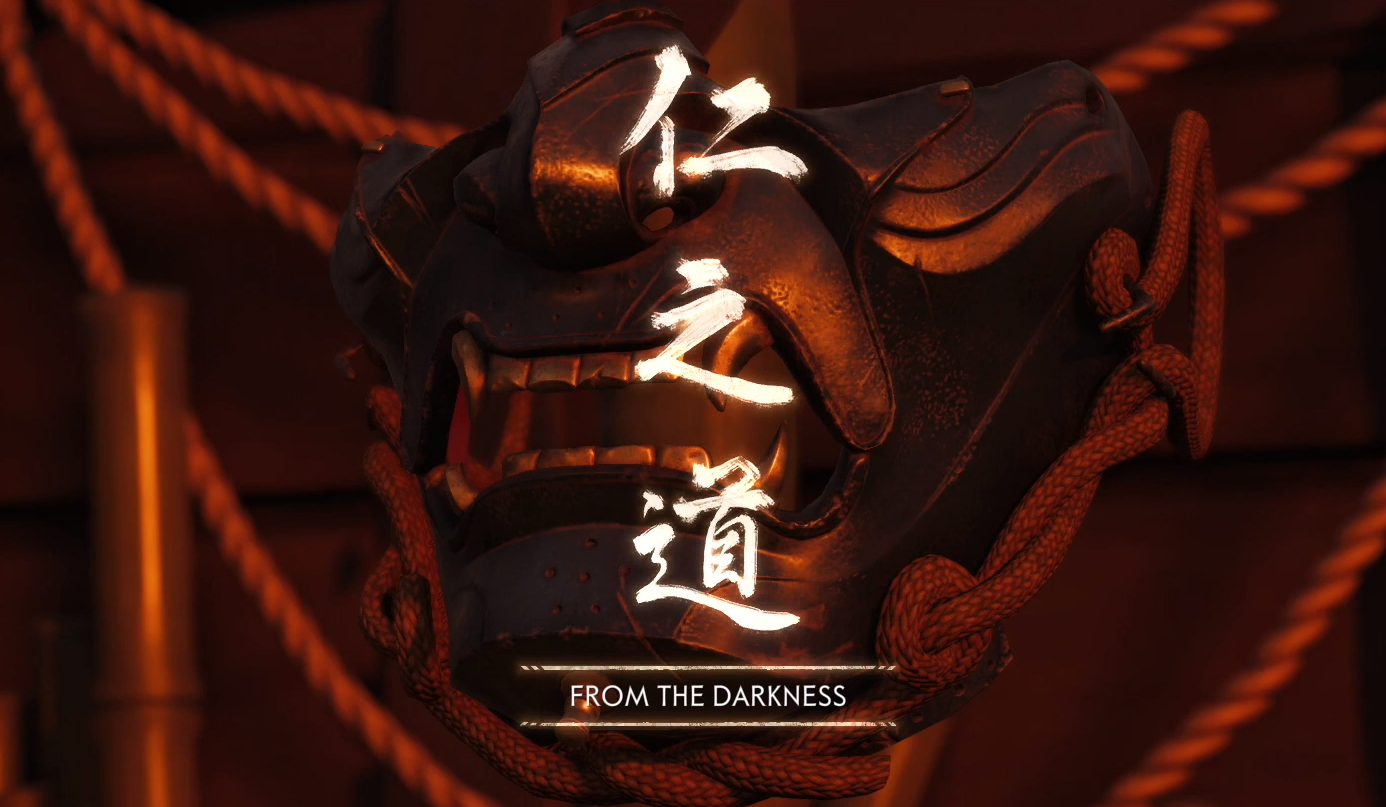 The Ghost Armor is a piece of gear that you'll receive as long as you complete the main story quests in Ghost of Tsushima. You won't have to worry about missing it or gallivanting around the island as you work to seek it out. Just sit back and enjoy the game, and eventually you'll reach the quest "From the Darkness," during which you'll receive the Ghost Armor. 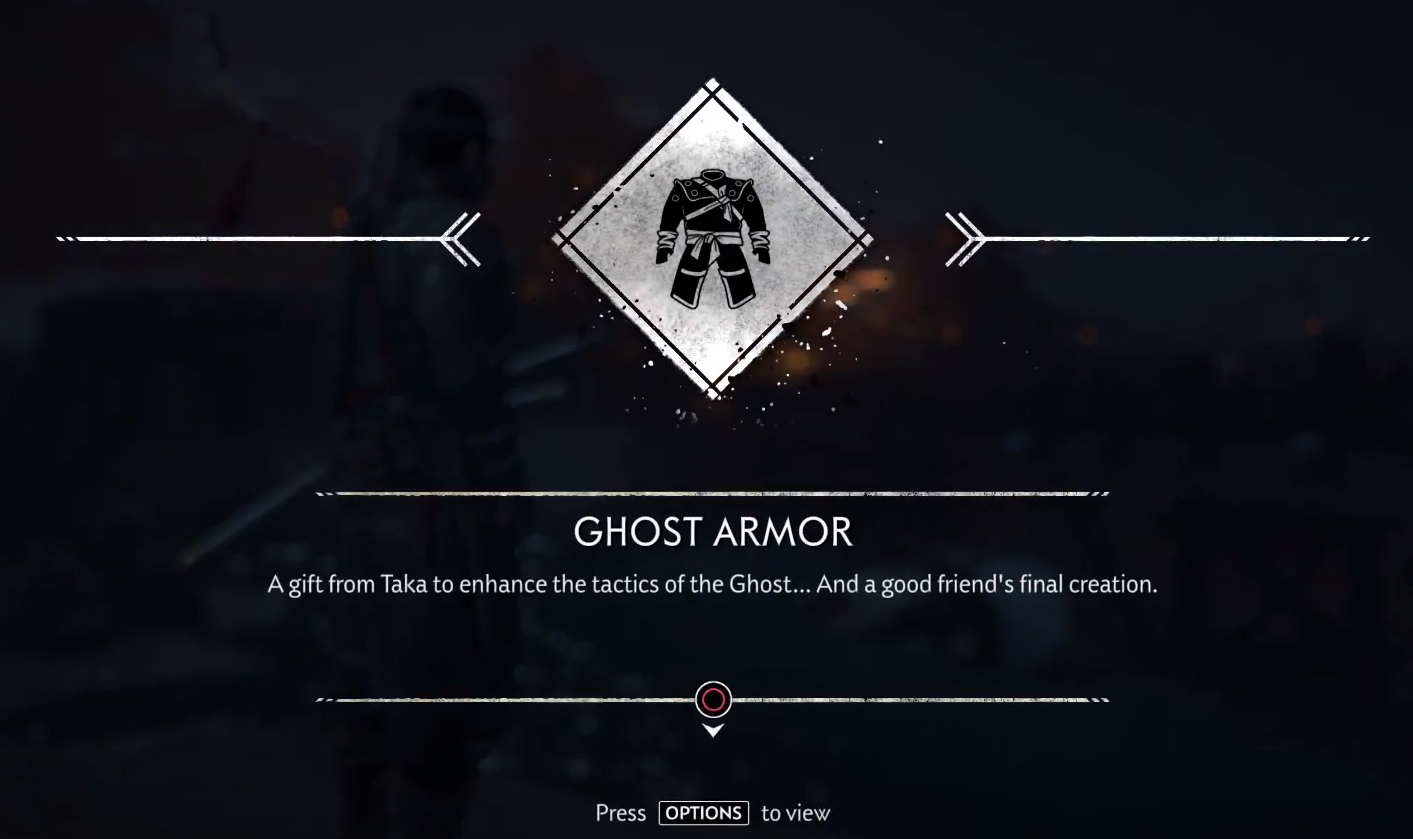 Make your way to the end of Act 2 where "From the Darkness" begins and start the quest. You'll automatically receive the Ghost Armor without doing anything because it's integral to the game. You'll actually need to use it as you make your way into an enemy camp that's teeming with soldiers. 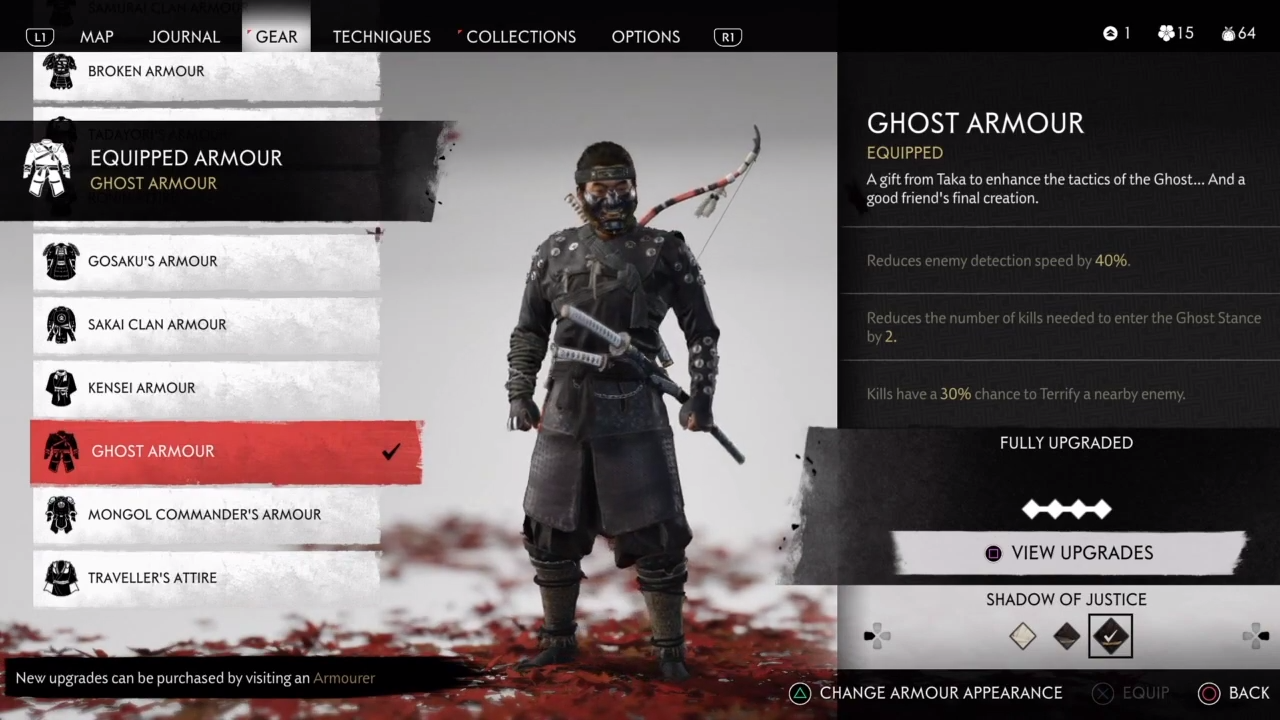 You'll want to make sure you equip the Ghost Armor any time you need to employ stealth, because it helps to reduce enemy detection by a whopping 40 percent. That can be a major boon if you struggle to get through heavily populated areas. You also get a 30 percent chance of scaring enemies when you go in for the kill if you need to exit stealth and zip through battle. That's the beauty of Ghost Stance, after all. 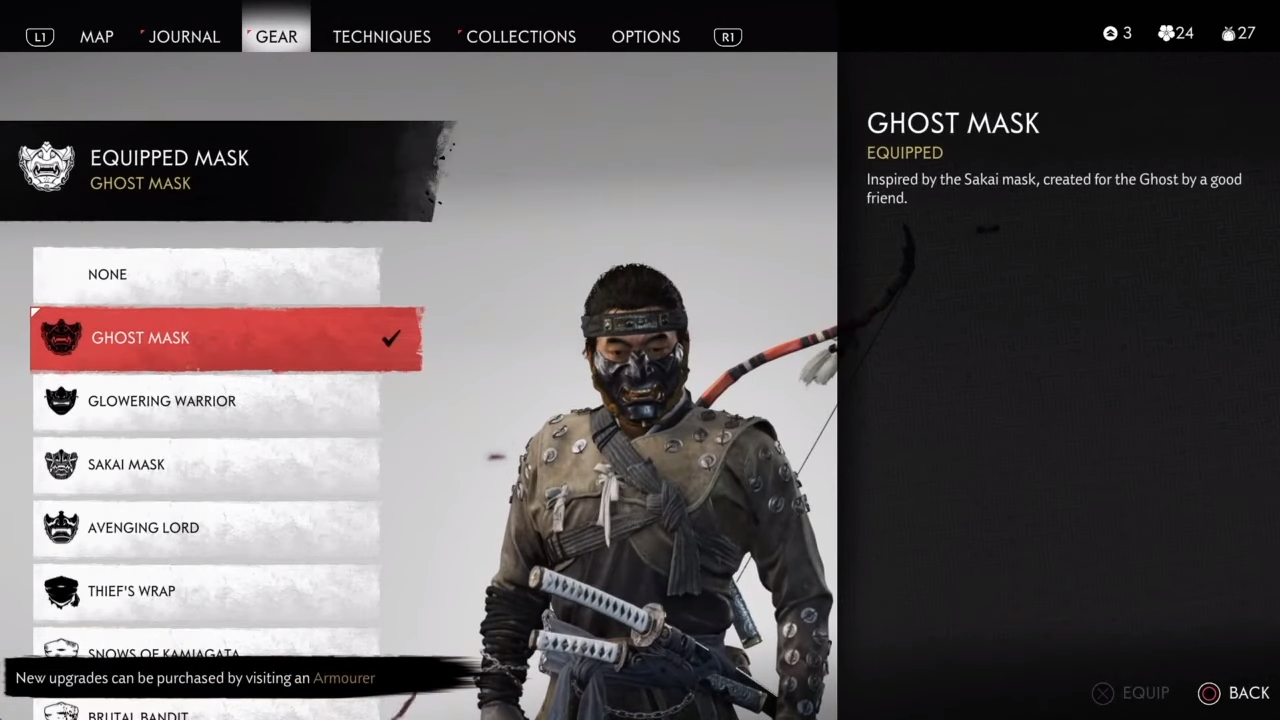 Of course, there are other armor sets in the game that offer similarly useful buffs. You'll be making quite a bit of use out of this one, though, as there are plenty of stealth segments throughout the game. Luckily, many of them pop up as you play, so you won't be missing out if you prefer not to explore so much.

Now, get out there and take the island back!

Looking for a cool community to join? Check out the official SteelSeries Discord.