Have you ever wondered how SteelSeries got to be where it is today? Times were a lot different 20 years ago, but we owe it to our history, passion, and a lot of talented people to have brought us this far.

How it all started

In 2001, SteelSeries' founder Jacob Wolff-Petersen (also known as "JWP") was a young entrepreneur and avid Counter-Strike player in Copenhagen when the CS franchise was still nascent (Counter Strike first premiered in 2000). In those early days of Counter-Strike tournaments, gamers had a problem: the mousepads they used with the rollerball mice of the day accumulated dust resulting in missed shots and interrupted gameplay. 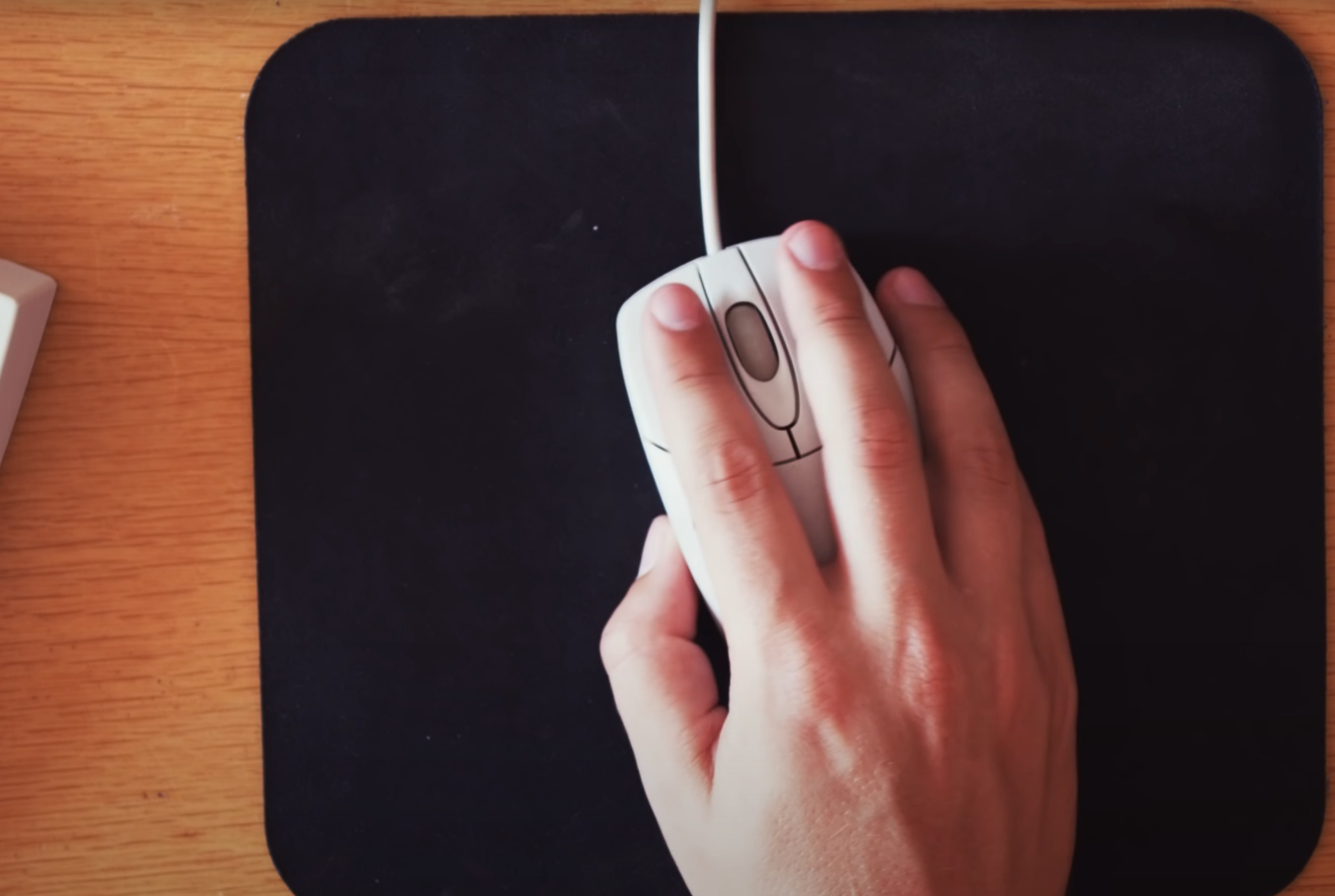 So the Icemat was born, the world’s first glass surface created for maximum precision in game, which was crucial to FPS players. At that time, nobody was thinking about such things except for pro gamers, so JWP was quick to engage pro gamers to help develop the new products.

...JWP was quick to engage pro gamers to help develop the new products.

Ninjas in Pyjamas and Team 3D, two fledgling esports franchises, were two such teams. This was before they were world famous and at a time when esports was still a very small and niche industry.

Discussions with pros confirmed that they were experiencing the same problem he had identified. They were frustrated that when traveling around to different LAN parties their mousepads would collect dust and debris.

Depending on where they were, their mice would work differently. Part of this was because the surface they would use their mice on was different wherever they would go. There was never any consistency. The second part was that this was in the days of the trackball. With a trackball, it was necessary to dig out the ball on a regular basis and clean it because once dust got in there, it would really interfere with the operation of the mouse. Teams like Team 3D and Ninjas in Pyjamas were having issues with dust getting into the rollers and affecting the performance of the mouse. 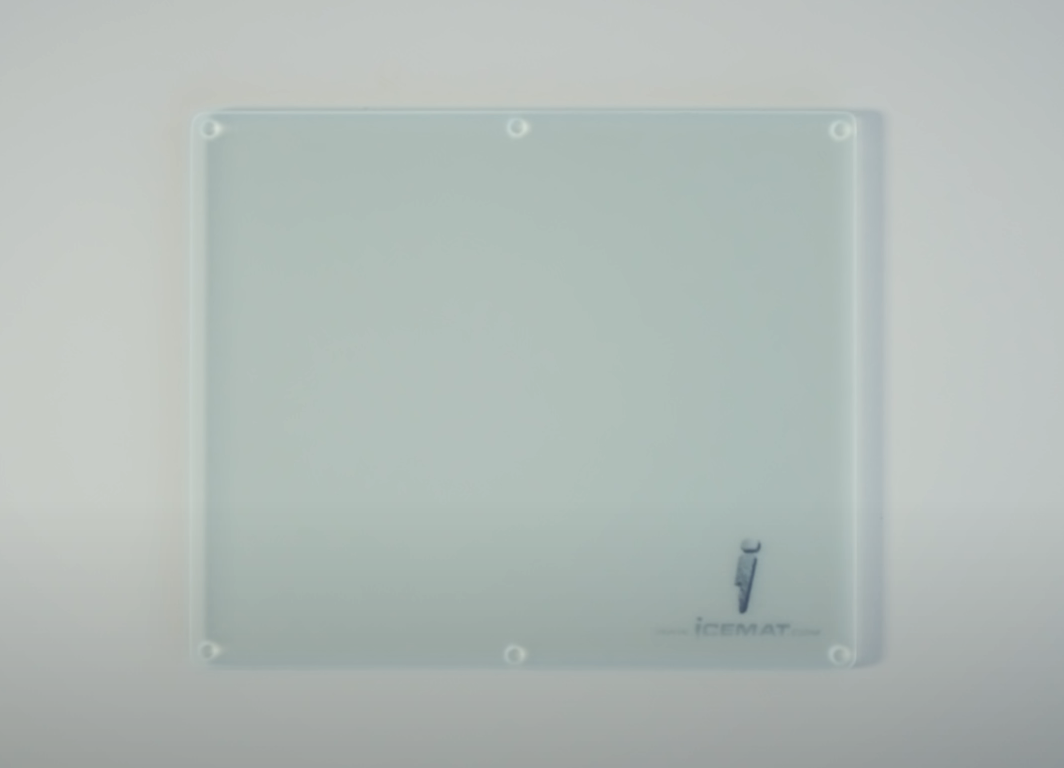 The Icemat solved that problem. It was made specifically for these pros who took it on the road to tournaments, including to the CPL Counter-Strike World Championship. People saw it there and while it was brand new, it solved a real problem.

So began the first collaboration with esports pros...

JWP was there with the first few SteelSeries employees and they sold a bunch of Icemats. The highlight though was that Team 3D won the tournament in an incredibly dramatic fashion using the Icemat, having come back from being down by a considerable margin.

So began the first collaboration with esports pros that would lead to scores of high-end gaming peripheral products across multiple product categories winning more money for pros than any other brand in the world.

JWP had been collaborating on entrepreneurial endeavors with Tino Soelberg, SteelSeries’ Chief Technical Officer (CTO). The two met in 1999 while working on various web projects. Tino ran a small development agency, JWP ran a few web-based businesses, and Tino started developing for him. They spent a couple of years building a few different businesses: mobile-based entertainment, market research sites, all kinds of concepts.

From 2001 to 2003 the pair ran SteelSeries (then called Icemat/Steelpad) as a side project while building another business as their actual day job. That business was sold off in 2003 and both dedicated their full time and attention to SteelSeries.

What started as a gaming peripherals company with the Icemat in 2001, quickly became a brand that provided products in multiple categories. A deal with Microsoft in 2003 saw the Icemat bundled with the Intellimouse, which broadened distribution networks and laid the groundwork for SteelSeries to create its own line of mice in 2004.

Those early gaming mice, like the Ikari, Kana, and Sensei, were designed in collaboration with diehard and professional CS players to meet their needs.

SteelSeries launched the world’s first gaming headset, the Siberia ... so players could easily communicate for hours and hours of gameplay.

In 2004, in addition to launching mice, SteelSeries launched the world’s first gaming headset, the Siberia, which attached a microphone to a uniquely comfortable headset, so players could easily communicate for hours and hours of gameplay. This “first of its kind” headset helped gain credence for SteelSeries as a leader and innovator in esports gming peripherals. 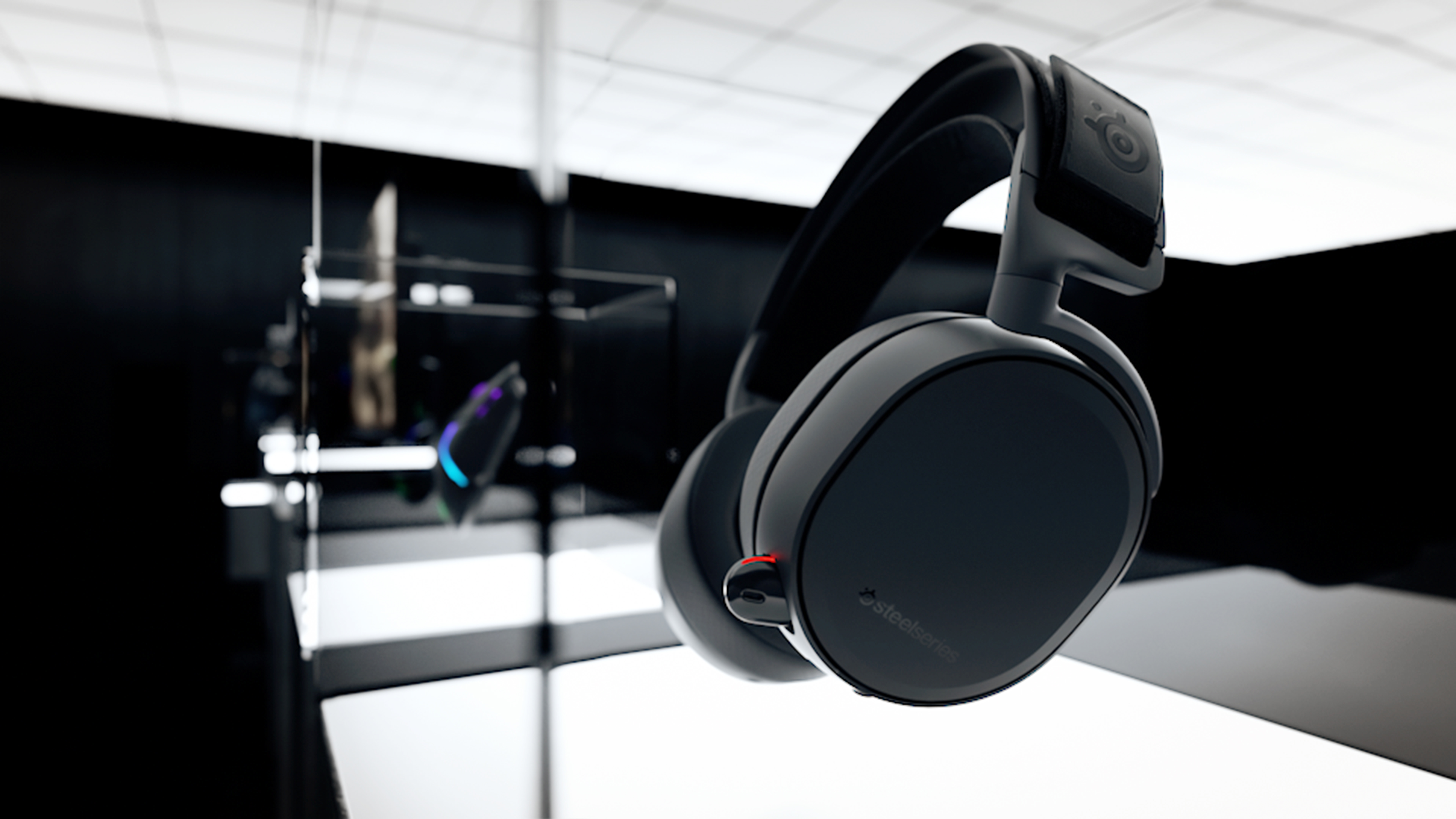 In 2007, SteelSeries developed the SteelSeries Engine platform, and added partnerships across the esports and the gaming ecosystem with Blizzard, EA, Gunnar, Valve, MSI, and many more.

SteelSeries’s roots are strongly tied to PC gaming, and while the company is likely to always be a "PC first" brand, it now has a wide array of products that also serve the console and mobile gaming markets as well, expanding and changing with the needs of global gamers, whatever platform they choose to play on.

From ideation, to design, to testing, validation and ongoing evolution of follow on products, esports professionals are not only stakeholders of SteelSeries, they are collaborators and co-creators. For example, the SteelSeries Ikari laser mouse is the result of 15 months of extensive research or ergonomics, technology, shape, motion, hand grip and play styles by professional gamers from SK Gaming, Team 3D, compLexity, mousesports, and Team NoA.

By 2006, SteelSeries gear was used by seven of the top 10 FPS esports teams in the world.

That early collaboration has helped SteelSeries to proudly claim that "Pros have won more money with SteelSeries than any other brand." By 2006, SteelSeries gear was used by seven of the top 10 FPS esports teams in the world. 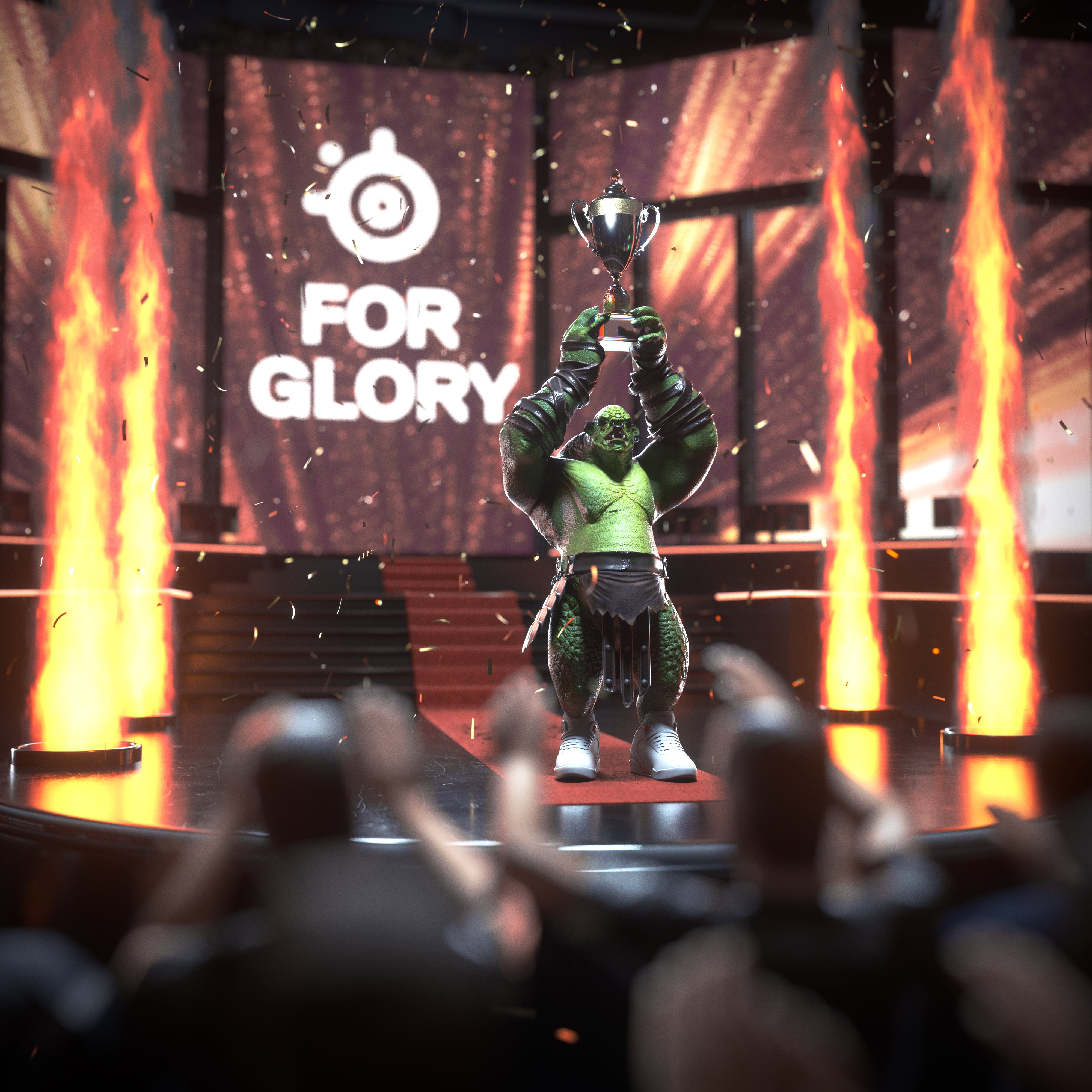 Final sound optimizations on the Neckband were set with the help of Abdisamad “SpawN” Mohamed, a 12-time Counter-Strike champion.

...esports professionals are not only stakeholders of SteelSeries, they are collaborators and co-creators. 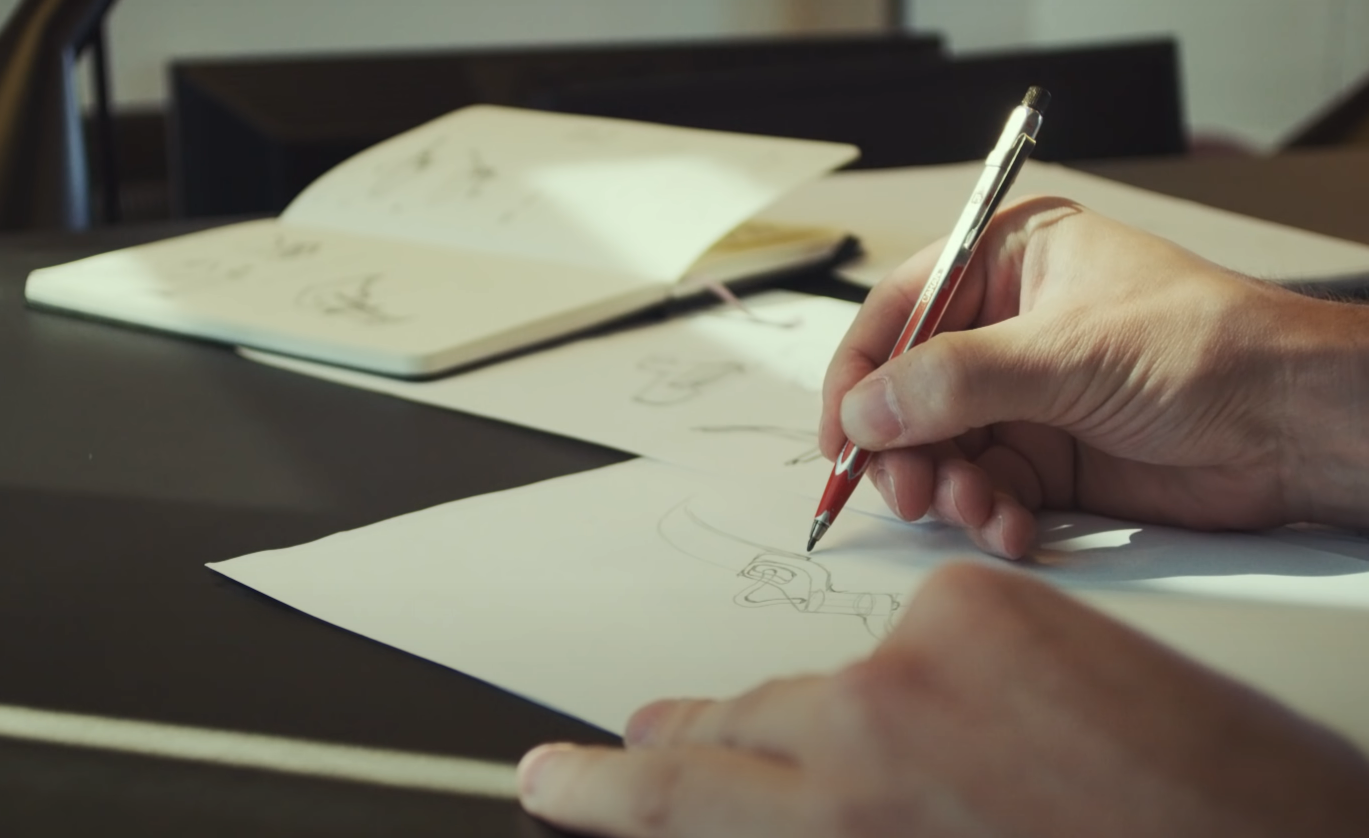 That focus to deliver gaming peripherals that feel like an extension the gamer ensures the highest product quality and performance standards in everything we make.

In 2004, the QcK line of mousepad surfaces was introduced, after 750 different textiles were evaluated and put to through the paces to ensure performance worthy of the world’s biggest esports pros.

In our first twenty years, we have over 40 patents to our name.

Since that original innovation, we created the first mechanical gaming keyboard, the first suspended headband for gaming headsets, the first World of Warcraft mouse, and endless other innovations. SteelSeries is dedicated to building products that push professional gaming farther than anyone dreamed. In our first twenty years, we have over 40 patents to our name. Diese Innovationen machen das Gaming kompetitiver und sorgen für mehr Spaß. 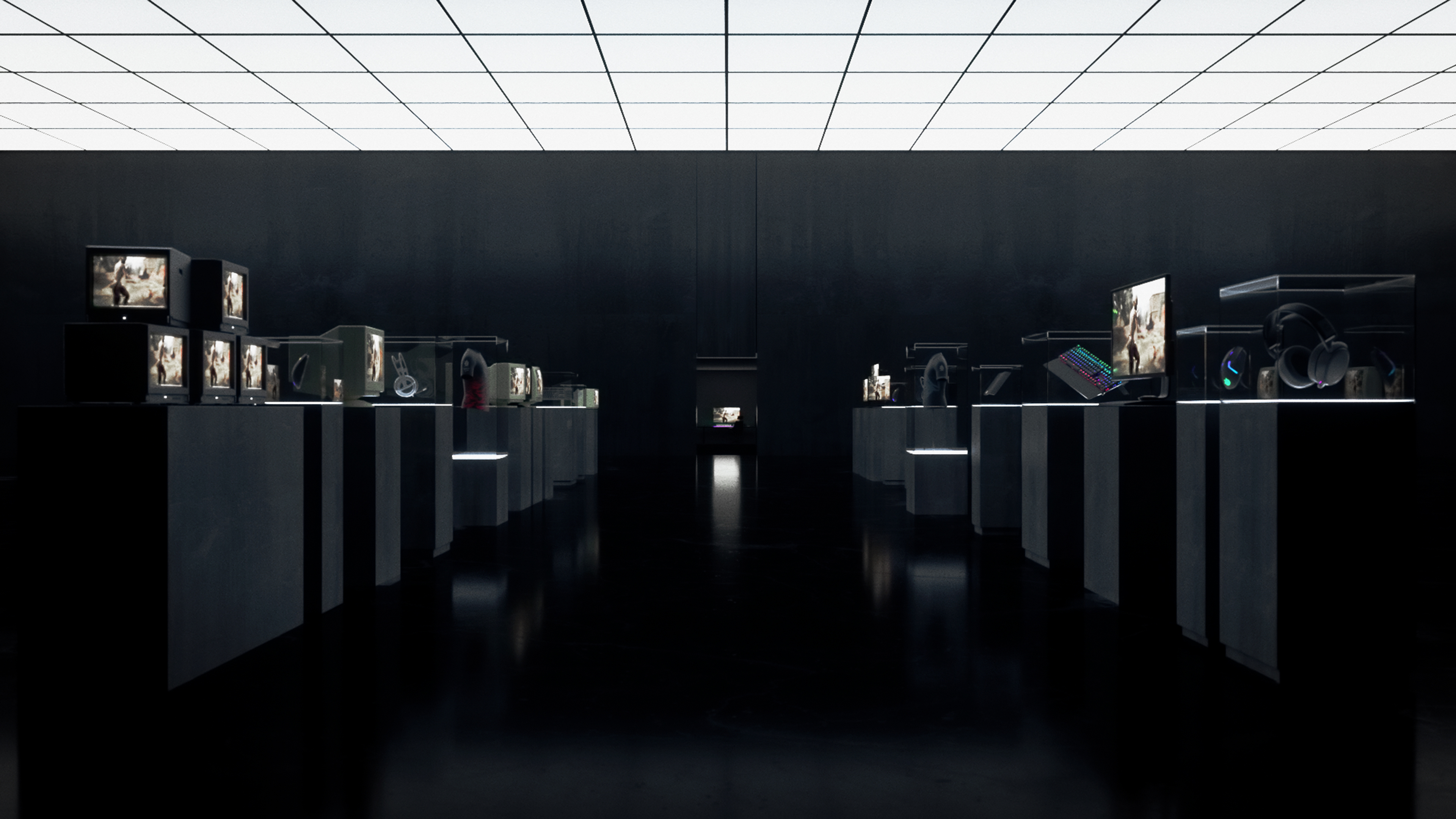 Inherent to the innovation process is trying things that don’t work too, like the ill-fated Icemat Audio MP3 player in the early 2000’s. Failure forces us to challenge our own assumptions, to pay closer attention to what our pros and casual gamers say, how they play, what they do and, importantly, what they don’t so we can stay focused on creating products that are industry-leading.

The mission of the company has been the same since its inception, to create gear that caters to the most demanding consumer group in the world: gamers. That mission was articulated in an early campaign slogan: "Winning Is Everything" which is, and always has been a core value of the company. 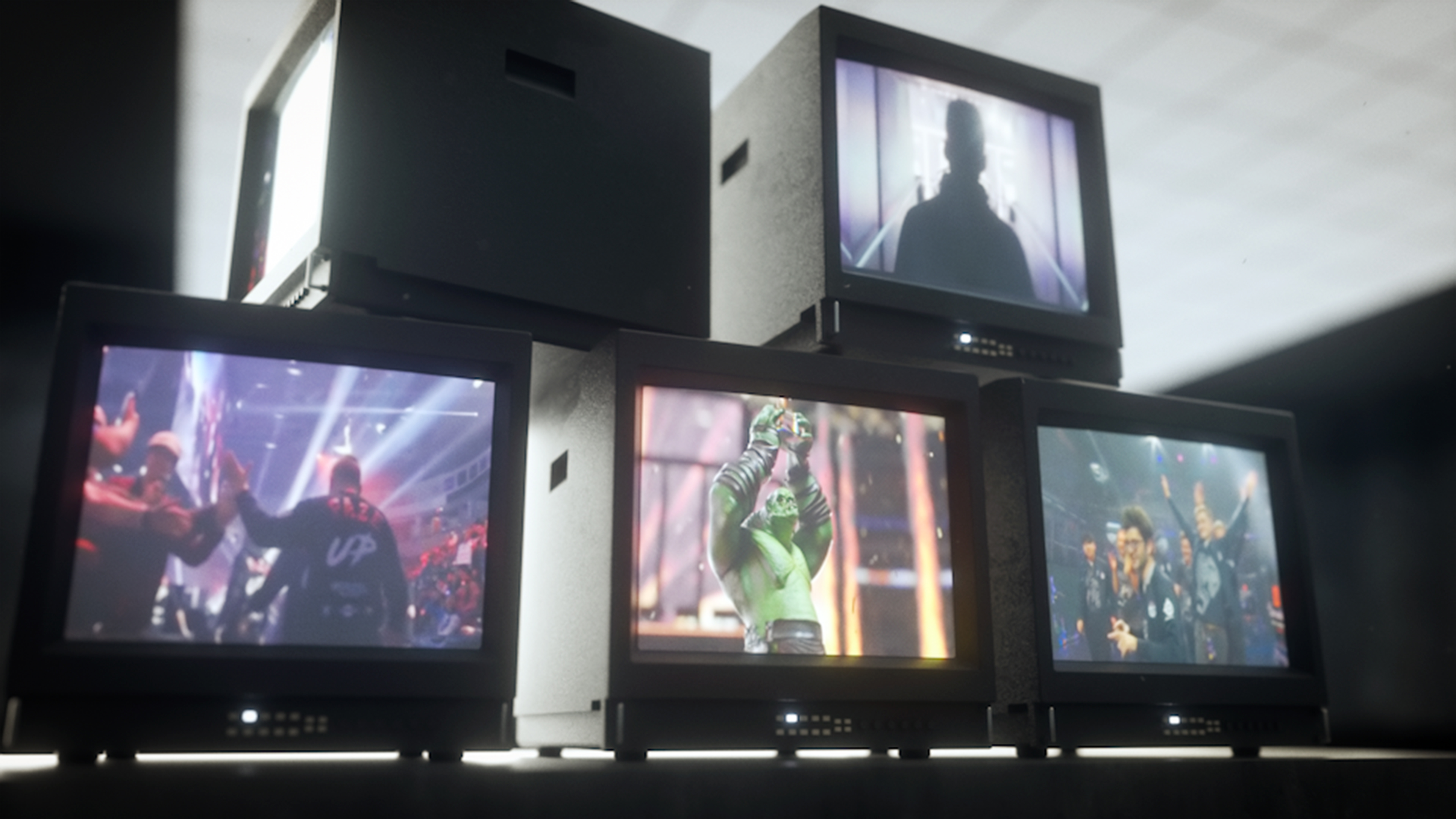 While much has changed over the last twenty years, this core value has remained the same, helping to maintain a keen focus only on those products that have the potential to make gamers better, or at the very least improve their real-time interactive gaming experience.

...focus only on those products that have the potential to make gamers better...

In the beginning, SteelSeries was hyper focused on FPS gamers, the Quake and Counter Strike faithful. The focus has expanded to now cover all genres of gaming, but the FPS genre continues to be the gamer community most near and dear to our hearts.

Thoughts on the future

The first twenty years of SteelSeries have been marked by innovation, countless firsts, and true collaboration in the global esports scene that have helped with its meteoric rise. And while it’s unclear what the next twenty years in gaming will hold, we at SteelSeries have set our sights on helping to shape and define that next frontier, to continue pushing the boundaries of awesome in gaming. When you can be anything, why be ordinary? Go for glory.

Enjoy these flashback interviews that we wrote back in the earlier days of esports: