Destiny 2's tenth season, the Season of the Worthy was released earlier this month. Here’s a quick breakdown of the new content, plus some of the major changes made to the game. 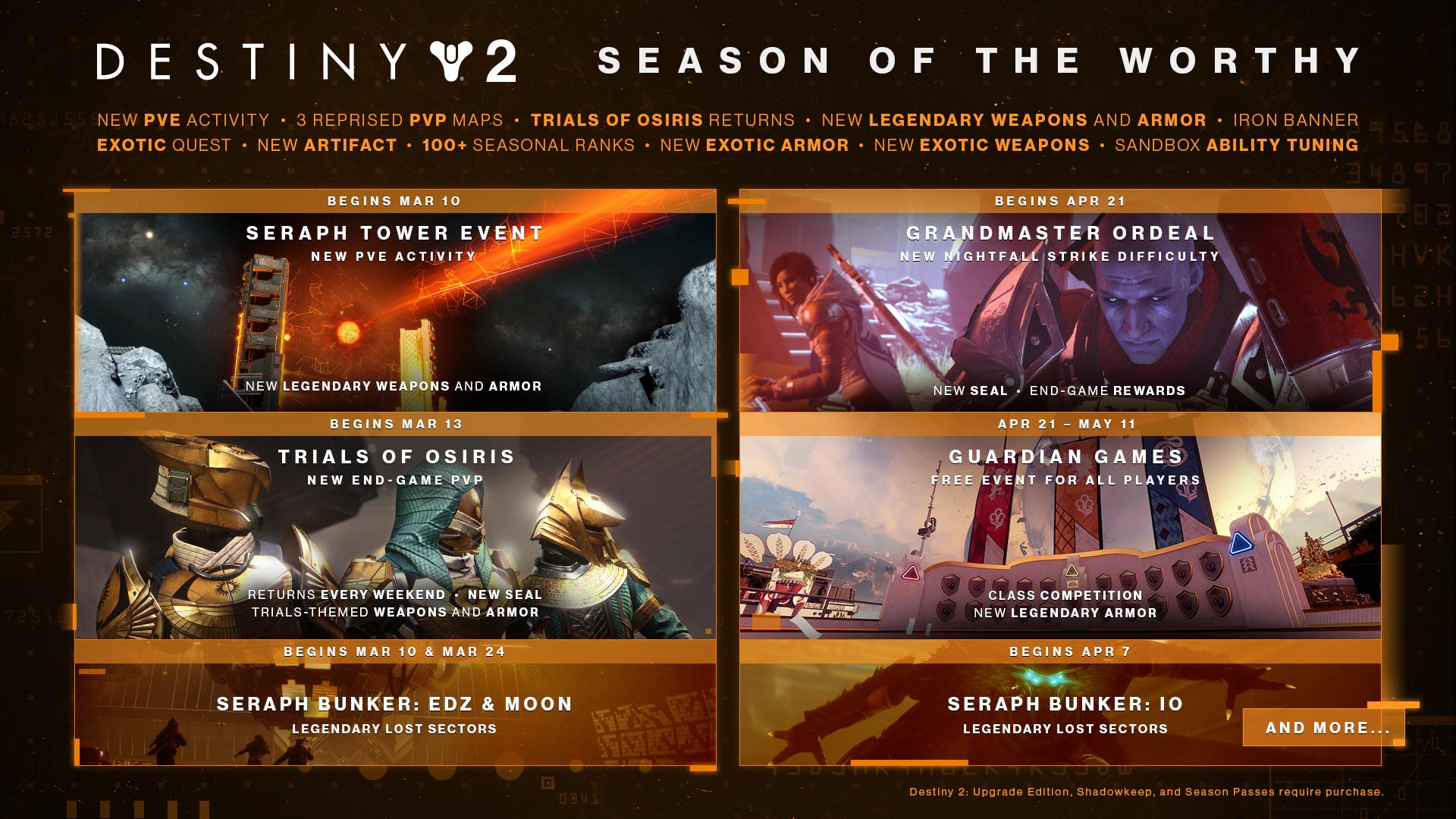 Destiny 2 is now free to all players, including much of the content of the Season of the Worthy.

Players can optionally pick up a Season Pass for 1000 silver (about $10 USD) to unlock certain additional content, or just unlock some content more quickly. You can find the overview of all the season 10 pass content on Bungie.net. 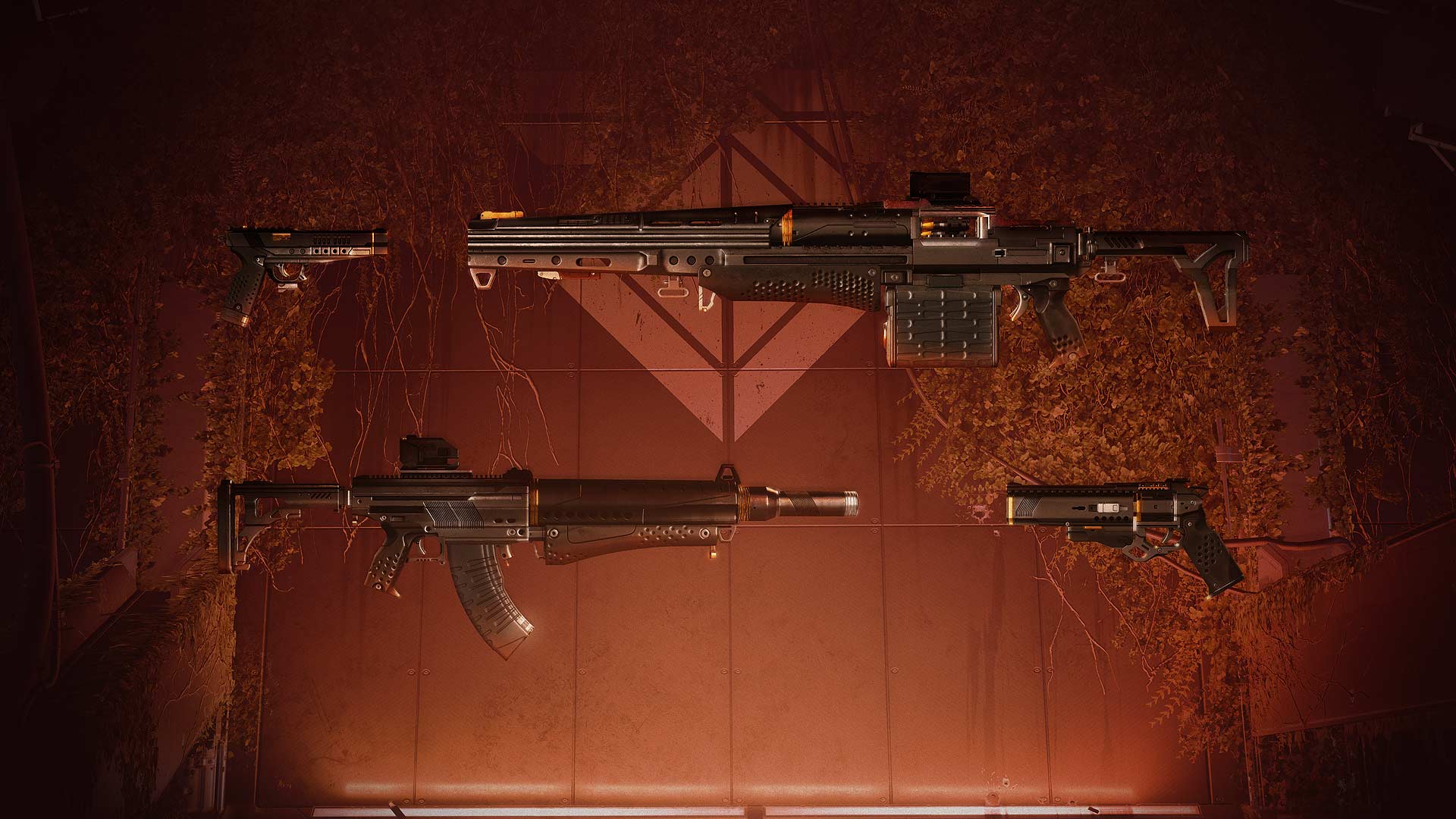 The Red Legion, have boarded their superweapon, the Almighty, destroying its engines & navigation to set it on a collision course with EDZ targeting the Last City. Working with Zavala & Ana it’s your job to re-establish communication with Rasputin’s war sat network as a last means of defence.

Rasputin has granted access to his Seraph bunkers across the solar system & by participating in the Seraph Tower public events Warmind Bits must be gathered & used to level up the defences & power up the Warsat network. The bunkers can be levelled up by gathering Warming Bits & selecting from a variety of upgrades. We recommend you invest in the

The new public event, Seraph Tower you must defend the plates from enemies to spawn a bunch of solar orbs which must be thrown at the beacons stemming out from the central tower. Upon reaching 100% completion, several Champions will be dropped in to prevent the final initiation sequence & launch another Warsat. These champions vary & will have either disruptor, barrier or unstoppable mods. Beat them before the timer runs out to ensure the Warsat is launched contributing to the network & increasing Rasputin’s defences. In doing so, you’ll be rewarded with a Rasputin chest which requires an Encrypted Warmind Bit to open, but if you are unsuccessful, you’ll be rewarded with a Seraph Chest & some Warmind Bits.

Lost Sectors on the EDZ, Moon & Io, now have a Legendary difficulty level of 980 & includes several changes. The Legendary lost sector for each planet rotates daily, includes champions & modifiers plus powerful gear which can help you reach the 1000 level cap. Each lost sector has barriers in place which require you to eliminate the champion before proceeding to the final boss, so take your time.

Power levels in Season of the Worthy now mean a lot more with the variety of game types to choose from. The current cap is now 1000 with a hard cap of 1010. Hitting these as soon as possible should be a priority for anyone looking to get their hot little guardian hands on end-game loot.

A Grandmaster difficulty has been added to Nightfalls which will go live on April 21 allowing players to secure end-game rewards & a special seal. The Legendary lost sectors, Dungeons, Raids & select crucible modes will become easier to compete in.

The grand-daddy of all crucible modes is back! For season veterans, this has been a long time coming, but for you newbies, here’s the rundown. A lot of pain, sweat & tears await you in this game mode! Level enabled, high-stakes 3v3 crucible with its own set of armor & weapons which looks hella-sweet! Need I say more?

The Season of the Worthy has built upon some great ideas, rehashed old ones & offers something new for returning players & dedicated grinders. With the recent events in Destiny, the story is looking towards its inevitable conclusion & this DLC is setting the stage for some big reveals, showdowns & hopefully some answers.

Talk Destiny news and more in the SteelSeries Discord server.