Nowadays there are more wireless mice than ever, and it can be difficult to tell how they differ and stack up in comparison to the traditional wired mouse. Here's an introductory explanation of wireless mice, how they work, and the tradeoffs with their wired counterparts.

Several years ago, back when the wireless Rival 650 was in it's infancy, I spent some time talking to gamers about wireless mice. It was a surprisingly controversial topic.

Some people were really excited at the prospect of a wireless version of their favorite mice. Others looked on with a mixture of horror and disgust as they explained why they would never ever buy a wireless mouse, citing the risk of losing signal or power mid-game. Of course, as with most controversial topics, there were a large number of people that didn't really have that much of an opinion about it.

What matters in a mouse?

Before we can talk about the relative merits of wired vs. wireless mice, we need to have a baseline for what makes a good mouse. Think about what matters to you in a mouse. One of the most common answers to that question is ergonomics. If you are going to be gaming with a mouse for six, ten, or twelve hours at a time, then you are are going to want that mouse to feel good and natural in your hand. 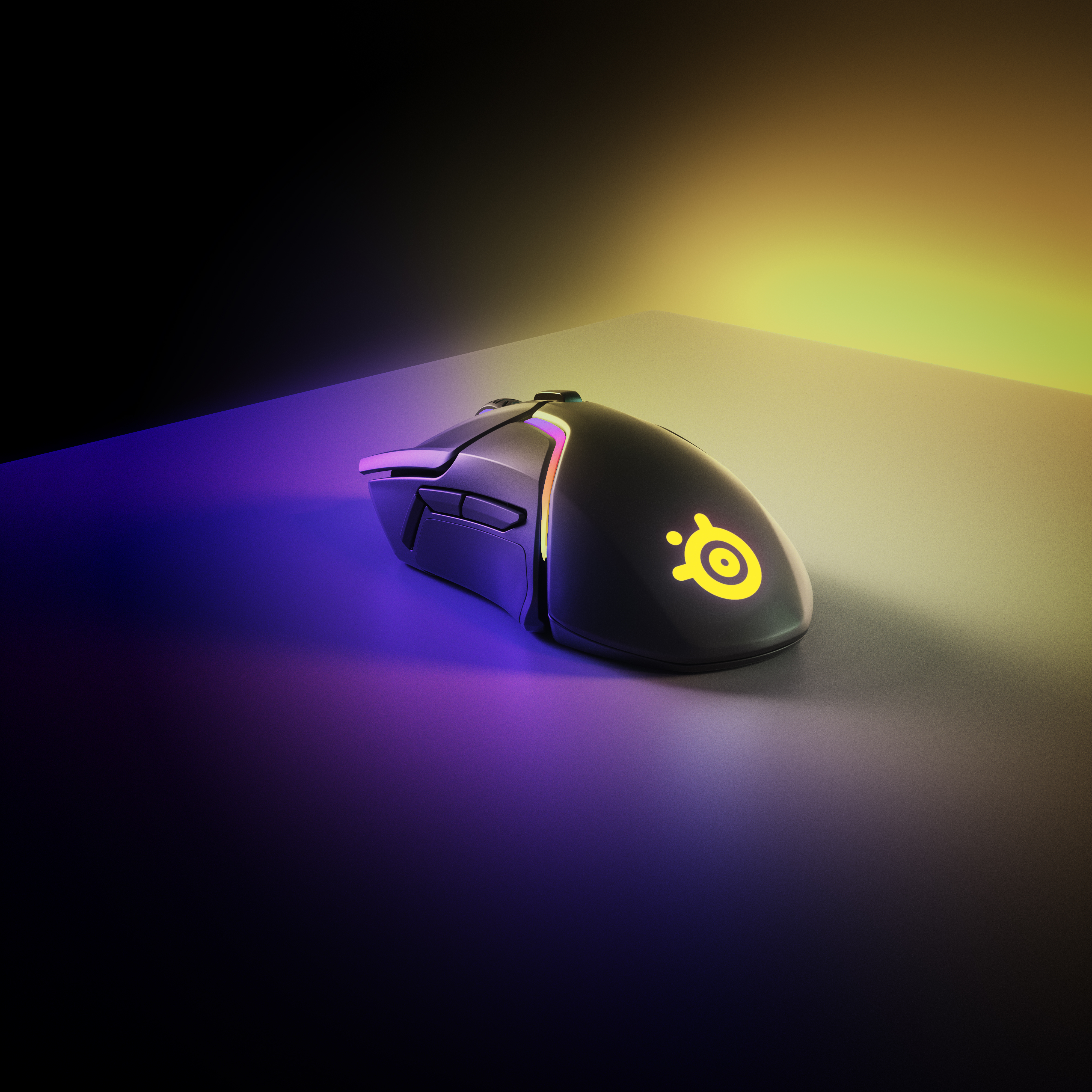 Most of us have experienced the awkwardness and distracting qualities of an uncomfortable mouse. A good mouse should feel so natural that you can forget it's even there - a true extension of your own hand. Wireless mice should be no different in terms of ergonomics - what works for wired is also true with wireless mice.

The second thing that people often value is performance, and this is where a lot of doubts exist with wireless mice. Unfortunately, outside of "it works" vs. "it doesn't", "performance" can relatively abstract, and the average consumer can't typically evaluate it on a hyper-detailed or specific level unless something is very noticibly wrong. Manufactuers will post specifications, but without any context it can be hard for most to determine what really has an effect.

The best definition for mouse performance is that a high performance mouse should "reflect the motion of my hand on the screen as accurately as possible." This is usually accomplished in 3 ways:

For example, the Rival 650 has the exact same sensor as it's wired counterpart, the Rival 600, so sensor performance is maintained. However, the jump to wireless can have profound effects on the latency and polling rate, which we'll explore below.

Latency in mice is measured as the amount of time it takes for a movement of your hand to reach the PC. This number is important because if the latency gets too high, your mouse will start to feel laggy or delayed. That laggy feeling can be really jarring and unnatural, and even cause motion sickness. Because of this, firmware developers work really hard to minimize the amount of latency, so there's minimal time between the action of your mouse and the on-screen reaction.

Polling rate affects more than just latency - it also affects the smoothness of your cursor. This is becuase polling rate also defines how many samples the PC gets from the mouse. Basically, more samples (1000 per second) equals more details. This is why SteelSeries USB mice default to 1ms polling and are so widely used by competitive players.

So now that we have a good baseline for how to measure performance via sensor, firmware, and polling rate, let's look at how performance is affected by the jump to wireless...

Is Bluetooth an option?

As mentioned in the last section, SteelSeries USB mice default to 1000hz polling, which is the maximum amount supported by a Full Speed USB connection. In comparision, the maximum polling rate supported by bluetooth is 125hz or lower when you factor in other variables.

This essentially means that Bluetooth has at least 8x more latency than an equivalent USB device. This sharp decrease and variation in polling rate affects the smoothness of a mouse so significantly that in many cases it more than cancels out the effectiveness of a high-end sensor. In short, Bluetooth is not a valid wireless solution for mice (just like it's not a great solution for high quality wireless audio!)

However, the Rival 3 Wireless mouse has adds Bluetooth to rock-solid 2,4 GHz wireless, making it a great option if you still need Bluetooth but also want great performance. 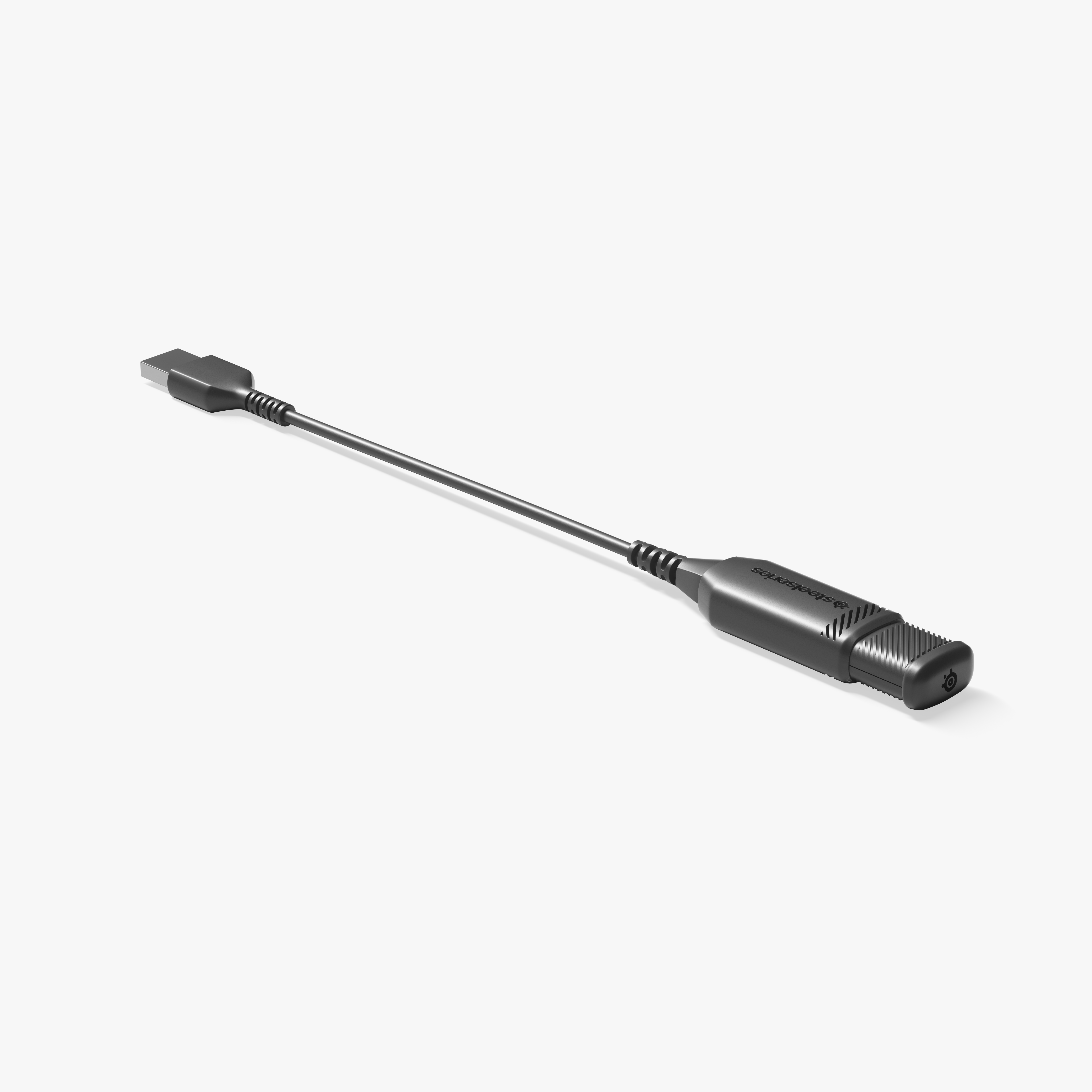 So if Bluetooth isn't the answer, what is? Just like with wireless headsets, SteelSeries wireless mice come with a special dongle that uses a proprietary RF protocol, providing a significantly lower latency than Bluetooth. With this, a wireless mouse can achieve more bandwidth and lower latency, allowing for the same 1ms polling rate as a wired mouse.

One of the big issues that all wireless devices can run into is interference from other devices. Wired devices are effectively shielded by their wire, which means that no two wired devices will interact with each other because they aren't physically touching. Wireless devices all operate in the same space, and if two devices try to communicate on the same frequency at the same time, there will be interference.

Almost all wireless mice on the market work in the 2.4Ghz ISM band. This is a collection of 80 frequencies between 2.4Ghz and 2.5Ghz in the electro-magnetic specrum. This band of frequencies is used by many Wi-Fi routers and all bluetooth devices. So, if you have a lot of those in a given room, you will get more interference. This band of frequencies is also used by microwave ovens, so even an old microwave that doesn't have great shielding can affect wireless performance.

So we've established that the 2.4Ghz band is very noisy, and devices need to be able to compensate. In general there are two ways to manage this:

With wireless devices, the more data you transfer, the more power you use. This means that high performance mice with low latency will use more power than the average bluetooth mouse. To compensate for the power demand, wireless gaming mice need a good built-in battery, which adds a bit of weight. This can be a problem for some people, so if you prefer a super lightweight mouse, a wireless mouse might not be the best choice for you (yet).

If you're after the longest battery life on your mouse (or headset), you can toggle all the LED's off, or have them turn off after enough time with no input, which saves a good chunk of battery life (similar to lowering the brightness on your phone).

A good wireless mouse can also be used while plugged in, so a low battery should never slow you down.

So, does it work?

Some of the biggest complaints with wireless mice come from worries about performance and power, but new developments and technologies have helped wireless mice like the Rival 650 to address and overcome these fears and create the highest performing wireless mouse available. Not only does it work, it works as well as it's wired counterpart.